The hit 1980 film gets the musical treatment by one of its Grammy Award-winning original stars in this show with big heart and even bigger show-stopping songs! Jaded matriarch Violet, buxom backwoods secretary Doralee, and mistreated newcomer Judy are all under the employ of the overbearing womanizer Franklin Hart, Jr. These three unlikely cohorts team up and hatch a plan to get even with their egotistical, tyrannical boss. All of the madcap hilarity of the movie is intact, intertwined with Dolly Parton’s score that is part Broadway and part pop, a little bit country, and all toe-tapping fun! 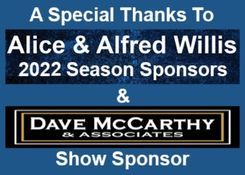