Charlie Price has reluctantly inherited his father's shoe factory, which is on the verge of bankruptcy. Trying to live up to his father's legacy and save his family business, Charlie finds inspiration in the form of Lola, a fabulous entertainer in need of some sturdy stilettos. As they work to turn the factory around, this unlikely pair find that they have more in common than they realized... and discover that when you change your mind, you can change your whole world.

A surefire crowd pleaser, Kinky Boots will have your audiences dancing in the aisles and discovering why, sometimes, the best way to fit in... is to stand out! 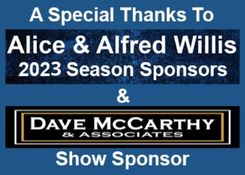